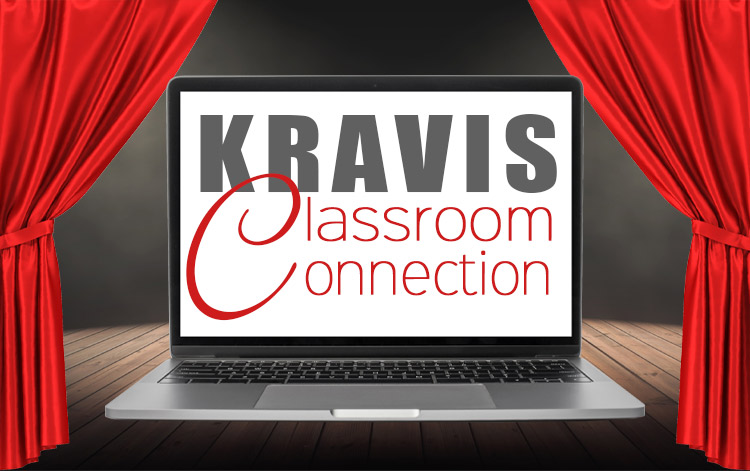 To ensure we can continue to provide students with engaging and enlightening performing arts experiences, the Kravis Center has created KRAVIS CLASSROOM CONNECTION. This innovative virtual series will offer prerecorded presentations for teachers and students to view from a designated district-approved streaming platform. Each presentation will be available for at least one week. Registration is required, please complete the form at the bottom of the page.

PALM BEACH SYMPHONY
ONE SMALL STEP
Available February 1 – March 31
Performance Length: 30 minutes
Suggested Grade Level: K-2
Suggested Curricula: Music, Dance, Science
Standards: MU.K.C, MU.1.C, MU.2.C, DA.K.C, DA.1.C, DA.2.C, SC.K.E, SC.1.E, SC.2.E
Over fifty years ago, a brave American man stepped out of a landing craft onto the surface of the moon and made history. With the help of the Demetrius Klein Dance Company and four exciting pieces of all-American music, Palm Beach Symphony brings that indelible moment of Milky Way magic to the stage through an interactive concert in which students will literally take part in exploring such scientific concepts as the Earth’s rotation, gravity and telescope viewing. All this while thrilling to a powerful Copland fanfare, the soaring themes of Star Wars and sharing in the adventures of a very special resident of Earth’s satellite, Rocky de Luna, an inquisitive moon rock. With a special narrative accompanied by the music of Copland’s A Lincoln Portrait, students will meet Rocky as she hitches a ride with two friendly NASA astronauts on the Apollo 11 lunar module en route back to planet Earth. Neil Armstrong and Buzz Aldrin show Rocky some out-of-this-world views of the moon, help define the moon’s place in the solar system, describe how the moon affects all life on Earth…and leave Rocky with a sense of wonder and pride in her “rockdom”!

Please complete the form below.

The Kravis Center is located near downtown West Palm Beach and is easily accessible via I-95 and the Turnpike. Complimentary self-parking and paid valet parking is available.