As of January 2021, the Kravis Center for the Performing Arts welcomes Terrence Dwyer as the Center’s new CEO. Dwyer arrives at the Kravis Center via Palm Desert, CA, as the former President of Orange County’s Segerstrom Center for the Arts, a 13-year role that he left with a strong legacy of artistic achievement, community engagement and financial stability. Known as the county’s most prominent cultural institution, the internationally acclaimed Segerstrom Center boasts industry-leading community programs, acclaimed Broadway, jazz, cabaret, international dance, classical music, contemporary and other ambitious performance series.

From 2006-2019 Dwyer oversaw the Segerstrom Center’s performance, community engagement and education programs, strategic planning and financial results – with the Center notably raising more than $140 million as part of its capital and endowment campaigns. Under his leadership, the Segerstrom Center’s relationship to its community was transformed through such projects as the Julianne and George Argyros Plaza – a community gathering place for all of Orange County with free events, performances and community, innovative community partnerships and the Center for Dance and Innovation.

Prior to his position at the Segerstrom Center, Dwyer held leadership roles with such notable venues as the Tony Award winning La Jolla Playhouse and The Alley Theatre, The McCallum Theatre, and the Circle Repertory Company.

He holds Masters Degrees from Yale School of Drama and University of Missouri and a B.A. from University of Notre Dame. Dwyer served on the NEA Advancement and Dance on Tour Review Panels, Arts Commission Funding Policy Committees and the LORT Theater’s Executive and Planning Committees.

As CEO, Dwyer will be instrumental in continuing the Kravis Center’s mission of enhancing the quality of life in Palm Beach County with a diverse line-up of live entertainment, comprehensive arts education programs and community outreach initiatives. 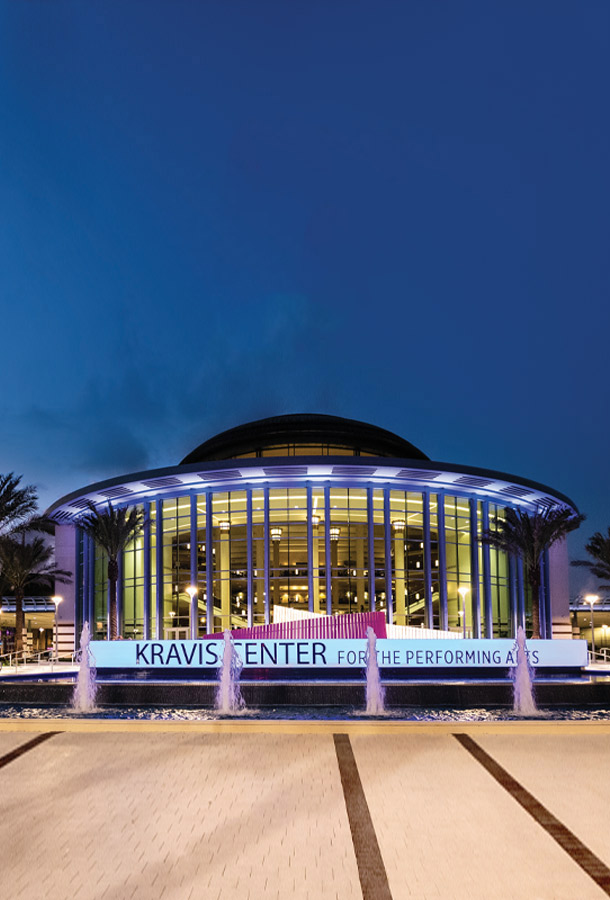